The image of hexagram 06
Sòng, contention

Hexagram 6 has trigram Kăn, Water, below or inside, Qián, Heaven, above or outside. Things have to happen according to Heaven's laws, but Water is undefined, nothing is certain. It is difficult to decide what to do but you cannot blindly follow your own heart, you have to comply to Heaven.

What does it mean, 'inner' and 'outer' trigram (popup)

Water below Heaven: Water is not an element which can go along with what others think. It has its own 'mind', or maybe rather instincts. It feels possibilities and facts keener than most people and wants to act on them. Water has this ability to penetrate into the heart of matters.
When you see something wrong, you want to set it right. But often the law does not agree - human laws or Heaven's laws - so you have to find the best way (or survival) which is still open. This is why hex.6 rather tells you not to fight than how to fight. It is the dilemma between the world and the individual and the choice can be a matter of life and death.

The old diviners gave this combination of trigrams a name: Sòng. When instinct or deep knowledge meet with rules, one needs a way to solve the problem which enevitably arises. A referee who decides or a way out to save yourself.

Ideogram of the hexagram name: the left part is a mouth with sound: speak. The right part is divide + mouth: Gong, the highest one of the five titles of nobility in ancient China. The Gong was probably the ultimate authority to resort to when one needed a judge. The Gong is far enough from the people to be fair, a village-elder is too close. It indicates the fair division of property and rights.
To have rights is a very human structure, life knows no justice, neither do many rulers. But it may be useful to try, especially when someone agrees with you and helps or even has the power to decide. Even more useful is to know how or when to get out of it and let things be. 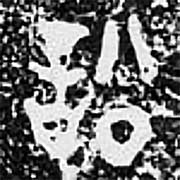 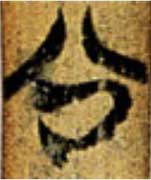 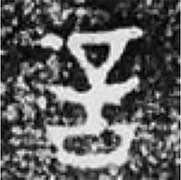 Yán, 'words'. It looks like a mouth with a megaphone. 'The sound from a mouth.

The 'Great Image' says: Heaven associating with water is incompatible movement - contention. The noble one, when he sets up affairs, plans ahead.

Hex.6 is the contrast of 36, hiding one's light.
Hex 6 is about fighting for justice, about demanding your rights, but also about listening to the big laws which go above personal right and wrong.
In hex.6 you don't hide your light, you seek justice or fight for your share.

The individual and society are in an eternal onavoidable conflict. It is a bad thing when it gets solved, that means that one of the two lost. It is important, that it stays alive. The individual has to fight for his values, that is the journey of the hero. Society has to fight for humanity's common ideals. Both make the world a better place.
Both are represented here. The brave hero, the wise judge. When this fight has its rightful place, it keeps both heros and judges from turning into egoists, ranging from criminals to dictators.
Everyone knows this fight, both in the heart and outside. Day in day out.