my life with Anton Heyboer

What people perceive as "true" has a lot to do with their own worldview. Nowadays the most prominent religion is science. Even religion is in many respects bowing to the laws of science. Many things which were facts in the days of magic, and even not that long ago in religion, are now seen as a way to describe inner workings, and not anymore as "real facts".

I think they are right about the inner workings - but not about them not being real facts. Archetypes are facts, and very very slowly they are edging their way in. First in psychology, but now quantum mechanics is paving the way for the acceptance of many of those "myths". Archetypes cannot be touched with our everyday senses, or measured. Descriptions have to be vague, because they don't answer to our logic.

In old times, and still today in many societies which we call primitive, a person can change into an animal. A shaman who dances in the skin of a wolf, with a wolf's head on his shoulders, actually is Wolf. The people, who gather around him, know he is the wolf. And they are right: the shaman is being the archetype of the animal.

In our society many people are aware of a very important part of life missing. It is the connection with the archetypes. Animals don't have this distance to their own soul, so they are for us humans a living example of how to live with the big images, with clear instincts and intuition, with innate laws and rules. They live that complete life we yearn for.

Touching archetypes gives a huge inner joy. It is the world of mystics, but everybody knows this joy. Love, courage, a newborn child, complete trust, the beauty of nature. All these things give this joy, and this joy is what makes life worthwhile. They are not only beautiful things, they are "big" things. It is why soldiers cannot come home and then go on living as if nothing did happen. Daily life will be too small after the big fears of a war. They have been close to archetypes, and even though they were awful, they do hold this big value of life.

There is a kind of literature, which addresses in a simple way the need to connect with those deep values. Stories which are easy to understand. Very much like old myths, which were often just meant to entertain people, but at the same time to fulfill this need. If they do, they will survive centuries. We still know stories from ages ago, from all parts of the world. They differ in how they look, but behind the surface, they are all very similar. Stories about the making of the world, about magical animals, about courage or cunning, survival or dying for a higher cause.

Nowadays, these stories are still being written, or turned into movies. On the internet, if you search for "shifters" you will find fantasy books about people who can change into an animal. A great example: Dannika Dark's "Seven series" about wolf shifters. These are simple romantic tales, nothing fancy. They will only acquire the status of mythological importance in the course of a long time, if enough people have been gripped by them and they can prove their universality.

But even today, there are real people who actually live a shifters life. Or a mystic's life. They lost their hold onto human rules, and had to revert to the rules of nature. An example are war-veterans who live in the woods. Some fall in the depths of schizophrenia, especially the kind called 'essential schizophrenia'. It is the plunge into the realm of the archetypes, and it is extremely difficult to find one's way back. If one can make a structure to hold on to, and give the archetypes a place in it and express them in images, only then is it possible to also get a tentative hold on one's own life again.

Efforts to represent archetypes and their connections 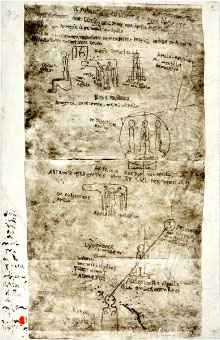 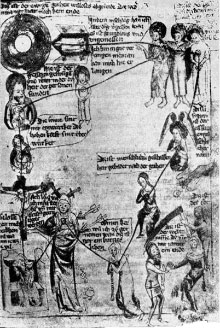 I myself had this need to find this deeper life. I did not know how, only that I had no connection to a normal life. I was lucky: I met a shifter/mystic/crazy man. He had been in the depth of schizophrenia, and he had fought himself back to the world again. He could not live a normal life anymore, he withdrew into a life of his own creation. He surrounded himself with dogs, with them he had a strong bond. He was an artist, or maybe it is more accurate to say, he became one. It gave him a means to make a living.

Because he passed his knowledge on in his works of art, he became very well known in the Netherlands. Many people recognized their own needs in his work. They did not know how or why, just like I didn't, but they felt this strong pull. His fame was very sudden, at the first exhibition after his journey into the depths, big international museums discovered his art and immediately started to buy and exhibit.

When his fame started to spread to the USA, Germany, France and even as far as Japan, he withdrew. Being well-known as an artist was good, it meant a good income. But he did not want more than that. He did not possess a human ego anymore, which would have enjoyed the recognition and attention. But he had a keen intuition about danger and survival. Fame is dangerous. Everything which summons jealousy or greed is dangerous. 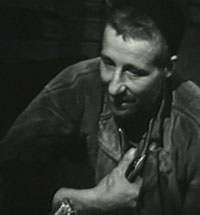 Anton wearing the collar of his dog

There was one dog, his first Great Dane, which was the gentlest creature imaginable. For him, she became the representation of mother earth herself. He was more related to her than to humans. He often said "I am a dog", and even more often "I hate human being". He saw humans as treacherous. They had no power to stay true to their heart in the face of danger or hunger. They would steal and cheat when they knew there was no punishment.

There were three other girls, who also wanted to live this "big" life. Living like the dogs - not literally but in this kind of mind - meant that there was no room for all those things which people use every day. To name a few: doubt or make-believe or appointments or jealousy. We did not have to fight them, because there was very little linear time anymore. Time became cyclic. We lived from moment to moment. Things like doubt or jealousy have to do with past and future. Without them they lose their power.

It was not easy, we girls were no shifters ourselves. We only knew that this was how we wanted to live. Anton very seldom told us what to do, he just got annoyed when we made mistakes. After a while, you learn where your joy can be found, and where you lose it. Contact with this world makes you stay young. Not immortal like in the stories about shifters, just the way you look - and feel. 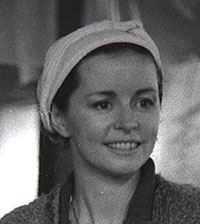 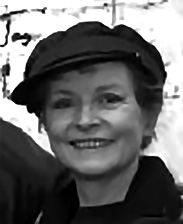 When I discovered the Yijing, it was a revelation. This book spoke the same language Anton spoke. It became my manual, I could ask for answers, or study it and discover them myself. The maker (he or she) of the Yijing must have been in the depths of schizophrenia himself. Or however people would describe this place back then - the shaman who descends into the underworld, down to the roots of the world-tree. Usually it would happen after a very serious disease, physically, mentally or both. For Anton it happened after the war, after serious undernourishment and the loneliness and danger in burning Berlin. 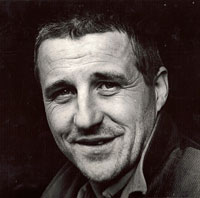 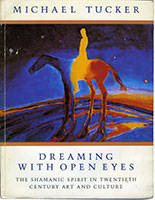 About art and shaman